7 Types of Stag Do

November 05, 2014
Stag dos come in many shapes and forms but with the help of insight from the DesignaVenture customer base and news stories I have managed to put down 7 popular types of stag do, enjoy.... 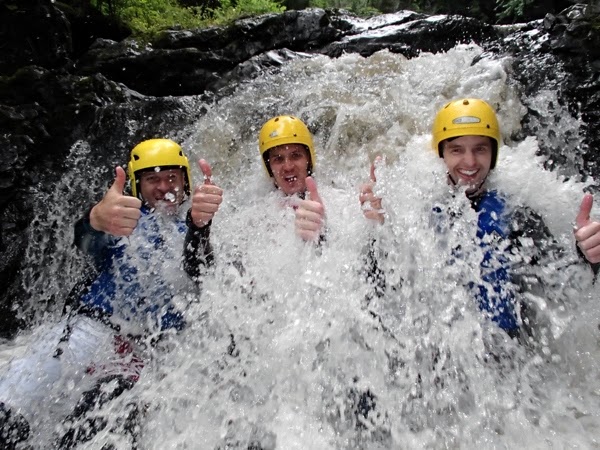 The Adventurous Stag Do

Get your bucket lists ready boys you're about to make some crosses, from jumping off 60ft cliffs to bouncing around a raft whilst white water rafting. Adventurous stag weekends have been popular since the 90's, any activity which will fill your pants are the event of choice, from Bungee jumping off bridges in Eastern Europe to coasteering in Cornwall with 20 of your mates there is no better experience.

"Walking on the beaches looking at the peaches", what a fantastic line to describe a stag do in a hot country, from Magaluf in Majorca to Marbella on the Costa Del Sol, there is no shortage of amazing hot lively stag do destinations to party in.

Other cities and resorts are available such as Ibiza, Albufeira (The Algarve), Barcelona, Valencia etc. depending on budget and nightlife requirements.

The Drunken Stag Do

We have all been on these type of stag dos, meet in the pub at 11am and drink for as long as you can. This type of stag do can take place anywhere from a pub crawl in your home town to the old squares of Prague or Riga, they do tend to get messy, and hopefully a good laugh.

Most best men decide to include an activity or two in the day to avoid the stag group from peaking too soon which can have consequences for the evening entertainment, not getting into clubs etc.

My advice for these type of stag dos is to include loads of food to soak up the beer, I don't want to sound like a bit of a fanny but it is quite a special occasion for the stag, so keep it memorable.

Stag Do For the Petrol Head

There are so many driving activities available throughout the UK and world wide, from racing Rage or Rebel Buggies to driving tanks, supacats or even mini motos, there are literally loads to choose from.

We have found that the old favourite, the Quad bike has had a renaissance in recent years with loads of stag groups opting for extreme trekking in destinations such as Bournemouth, North Wales and Nottingham.

A Stag Do in the Wilderness

Everyone thinks the wilderness is based on sleeping in a tent with nothing but sheep for company (whatever you're into) but it doesn't have to be, it can be a country house hotel or a rented barn or big house in the middle of nowhere, but whatever you have in mind it basically means away from nightclubs, bars and lots of other people.

Time to unwind and just have a stag weekend with the boys, get the BBQ out, drink copious amounts of beer and chill, when was the last time you did that!

The Eastern European countries are a huge drag for stag parties wanting lively nightlife and cheap, oh so cheap, beer. Bratislava was recently voted the cheapest stag destination in the world, you can get a pint for less than a quid and most of the other popular stag destinations such as Krakow, Riga, Prague, Budapest and Tallinn are much cheaper to dink in than the UK.

The Charitable Stag Do

There are stag parties out there that want to give something back to society or want to do something of Titanic proportions and get sponsored whilst doing it, it will also get the stag into the good books of his new in-laws (sneaky ah).

I have read about an endurance hike over the Brecon Beacons or driving to Benidorm in a Top Gear style challenge or a massive cycle race to France all in the name of charity. Raising money for a good cause whilst have an amazing time, everyone's a winner!