UK Stag Do Ideas On The Beach 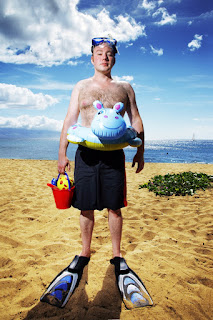 It's the first day in July and apparently it's going to be the hottest day of the year so far, with temperatures hitting 33 degrees celsius.

Wimbledon is on, it's the third day and apparently if it get's too hot the ladies tennis players are allowed a 10 minute break between sets, but not the same ruling for the men, sexual equality at it's best their lads!

However all this nonsense doesn't fix the fact that you still have a last minute stag do to arrange and need a beach and the sea to cool off in.

Lucky for you then I have compiled some fantastic UK destinations popular with stag dos.

Lets start with the South and move upwards, Newquay is a popular spot for stag and hen parties and is the perfect destination to start things off.

Whether you are after a full on stag weekend with jet ski-ing, coasteering, surfing and quad biking or a more chilled out affair with a packet of John Smiths and a beach towel, Newquay can sort you out big time. The beaches are fantastic and the nightlife will not let you down.

Going from West to East we then have Torquay, which has a great beach, very lively nightlife and some good stag activities.

Drive for another couple of hours and you will drive into the Dorset stag do mecca of Bournemouth.

With 7 miles of glorious white sandy beaches, Bournemouth usually hotter than most UK destinations plus more stag activities then you can shake a stick at (day and night), no wonder Bournemouth is extremely popular.

Brighton is even further east and also boasts fantastic weather, great nightlife and activities. The only let down is the beach, it just has massive pebbles not a grain of sand in sight, not good for football then! 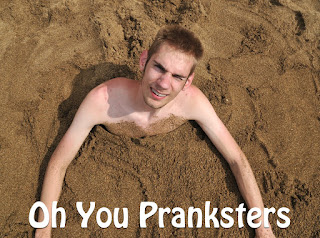 Going North West from Brighton, you have the amazing coastal university town of Swansea, with sandy beaches within walking distance of the centre, Swansea is perfect for a bit of beach five a side, you also have the Gower peninsular which is just breathtaking.

Swansea is also in the perfect location for adrenalin activities including Coasteering, Canyoinng, White Water Rafting and Abseiling and Climbing.

Moving North you will soon hit the incredible sandy and massive Blackpool beach, what used to be the most famous UK holiday town in the 1950's, welcoming at least 17 million tourists each year has now settled in and become a stag and hen favourite, and still gets a huge 12 million visitors each year.

Blackpool still has the "Kiss Me Quick" reputation despite recent attempts by the town council to move away from the lively night scene by banning the Mankini and drinking in the streets, however for a no nonsense, heavy partying, great night out, Blackpool will always come up trumps.

Moving Northeast you will hit the beautiful sands of Whitby Bay, which is about an hour and a half from Newcastle, so why not twin centre your stag do with a night in Newcastle followed by the Saturday night out in Whitby Bay? 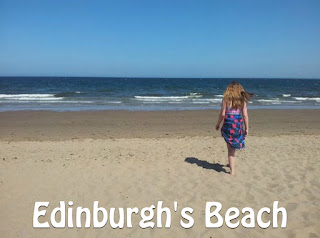 Moving even further North you have the beaches of Edinburgh, yes Edinburgh! The best beach is 3.2 miles from the centre of this amazing city and is called Portobello Beach. In the summer it is hugely popular with day-trippers and has a wide promenade, loads of cafes, bars, ice cream parlours and if you're really lucky a mini funfair!

There are loads of places in the UK I have missed out including Great Yarmouth in Norfolk, Tenby in Wales and Weymouth in Dorset to name but a few, I thought I would name the most popular we get enquiries for.

If there is a seaside town with a great beach that I have missed out, let me know below in the comments box and I will include it.

Good luck and don't drink and swim, you'll get a salty pint.