What Does Brexit Mean To The Stag Do 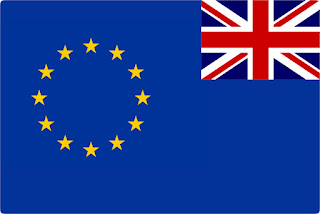 Hey, I know this isn't the most important question on David Cameron's lips however there are going to be some implications on traveling abroad for your stag do as well as having a stag weekend in the UK.

Looking at the Stag Do Abroad...

Flights: What will happen to flight prices and is this the end of the low cost airlines that are not British?

For example before 1992 if you flew with Ryanair from Manchester to Palma, Majorca, as Ryanair is Irish they would have to touch down on Irish soil before flying on to Majorca!

Since the 1992 bill which was passed within the European Union, Ryanair can fly straight to Majorca from Manchester, saving you loads of time and money.

I am pretty sure this won't change, however there may be a levy put on by the EU, who knows!!

Medical: On a stag do there is a high chance you'll need to visit the local A&E, maybe it's severe sunburn or maybe you fell over whilst helping an old lady across a busy road, whatever's the case being in the EU meant that you can get a EHIC (European Health Insurance Card) which give us state provided medical help in all EU countries free of charge.

Now we are leaving, this could go.

For more information on this the BBC has put together some information for us on how Brexit may affect the Lads holidays abroad. 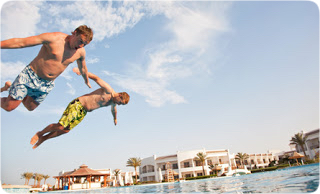 Using your phone in any of the EU countries this year and next was about to get cheaper.

Those phone calls back to the WAGS from your stag do in Prague or Barcelona was going to cost you pittance, however now we are not sure what's going to happen once we leave.

The Euro: At the moment it's all in the air regarding the Euro exchange rate against the pound, with the GBP taking a pounding (pardon the pun), but some financial experts are saying this is short term and we could see the pound hit the heavy heights of €1.40 - €1.50, however it's currently at €1.21 (27th June 2016 at 9.44am).

Celebrating your party in the UK...

Well to be honest nothing much is going to happen with regards to passport issues, however you may find inflation going up which may mean higher hotel and petrol prices which in effect will put the price up on your stag weekend.

On the flip side to look at it in a different light it may mean less tourists from Europe especially from the 27 nations of the EU, creating a vacuum of hotel bookings which means more hotel rooms for stag and hen parties bringing the price down, but like I said, all this is guess work.

If you are really going to miss the EU and want to get there without crossing the sea, in two years time you may be in luck. Nicola Sturgeon the Scottish first Minister has now decided that Scotland should hold another referendum (yes, another), in order to break away from the UK, which means Scotland becoming a new EU member.

If this happens, having your stag do in Edinburgh or Glasgow will involve going abroad!