January 03, 2017
2017 is now official and we are now in a state of total shock that there is so much to do with only a year to do it all in, arranging a stag do is one of those very things.

Don't panic DesignaVenture is here to help you, below are 10 Alternative Stag Do Ideas for 2017, for more inspiration go over to our stag do ideas page, where you will also see the usual suspects such as, Karts, Paintball, Quads etc.

OK here we go, in no particular order: 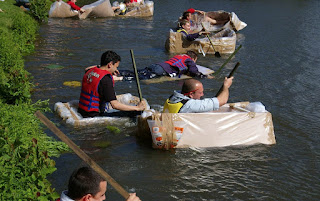 OK we are totally going Left-field with this one.

First of all make a boat out of Cardboard and race across the lake in it.

"OK, did you just say out of Cardboard?"

Sure did, it is possible to make a water tight vessel, you'll need to use your brain to compete against your mates as they'll always be one cocky engineer amongst the stag group.

Your next activity is to race around a brilliantly designed racing track in a motorised Bathtub.

Yep sure did, they are great fun to drive!

Then, your final activity is to get pulled around a lake by speed boat whilst sitting on a giant inflatable banana.

For more details on this amazing activity go over to Cardboard Boat Challenge Activity page. 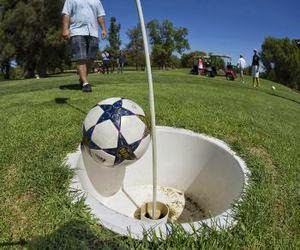 If you haven't heard of Footgolf before then a stag do is the best way to find out about this latest craze.

Instead of a golf ball and club, you have a football to kick to each hole, luckily the holes are made larger other wise it would be impossible!

A brilliant way to spend an afternoon in Dublin with your stag do buddies.

Learn the rules of Gaelic Football and play the game of Ireland's Premier sport. You can carry the ball every 4 steps, however after 4 steps you must either pass or solo. Solo the ball means drop it on to your foot and kick it back into your hands.

Then move onto banging the Irish Bodhrán Drum as an added bonus - for more details go here. 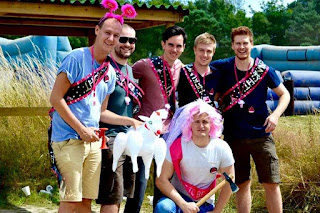 OK, throwing an axe doesn't sound very exciting however mix it up with a load of your mates and add a competitive element to it and you have yourself a brilliant activity.

You wouldn't normally do Axe Throwing by itself and you'd usually include another activity such as Quad Biking or Racing Rage Buggies, but all in all, Axe Throwing is a very alternative stag do idea.

This is a fantastic competitive activity involving everyone on the stag do all at the same time.

The Cornish Games consist of beach activities run by very experienced Cornish instructors and include, Paddle Board Relay, Killer Baseball, Lifeguard Flag Race and many many more.

So if you're in Newquay looking for something a little different try these out.

We have been shooting up Zombies on computer games since... well forever, now the real thing is here, yes people you can actually shoot up Zombies for real.

OK the Zombies aren't real, they are played by actors, however you are still given guns you explore spooky dark rooms, there's a strange horrible weird smell and it will feel like Armageddon! 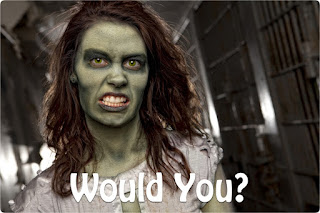 Here's another themed football stag do activity which I am sure you haven't played or even heard of yet, but you will.

Shock football is basically 5 a side football with the chance of a shock when you're about to do something significant in the game, like umm shoot!

Here's a video below to show you what it's all about:

If you don't know what a Rickshaw is where have you been? I know where you haven't been and that's Asia.

Rickshaws are 3 wheeled bikes with seats on the back. In London you have your very own driver who will basically drive you round all the pubs, imagine your stag group in a convoy of Rickshaws parading the West End, it's loads of fun!

Pizza Making is loads of fun and is a great way to spend the mid afternoon before you go out and party hard.

You are taught by a professional Pizza maker who will pop your master piece into a massive pizza oven while you sit down, have a Peroni and wait for your culinary creation, that's your pizza by the way. 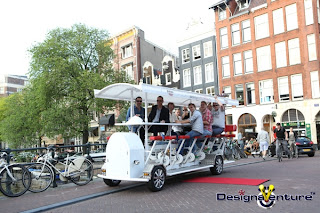 OK, what's the facts about Beer Bike Tours, will it mean loads of assertion?

Well actually no, the Beer Bikes can take up to 20 people and if all 20 people are pedalling it's going to be a walk in the park.