October 07, 2013
Stag do rules whether they're funny or serious are part and parcel of a well planned stag do, and we are about to rummage through the depths of another top 10.


Rule Number 1 - What Goes On Tour, Stays On Tour

This is one of the mentioned unwritten rules, it either makes the stag do sound:


However whatever the reason, it's the most important rule to abide by.

You can also apply this rule if someone in the group meets a girl and wants to go back to her place, he should be accompanied!


Rule Number 3 - Take Your Punishment Like A Man
No matter what you have done, if a punishment has been dealt then you must take it, whether it's 'empty your glass', 'drink two fingers' or worst of all 'an alcoholic drink before breakfast'.


Rule Number 4 - Cheating is Cheating
There will probably be a trip to a local lap dancing club or you might bump into a hen party with a list of hen dares including  'kiss a stag', so whatever you do make sure the stag doesn't go too far, he is about to get married and doesn't need it on his conscience no matter how drunk he gets. 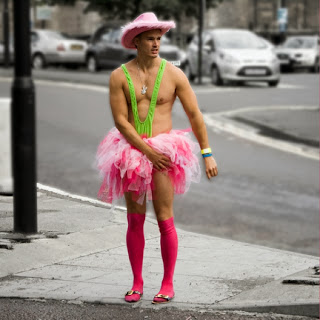 There are always going to be stag pranks and dares however, make sure he gets back off the stag do with all limbs attached, no permanent scars, tattoos or drawings and make sure he's not put on a ferry to Normandy.

One thing is for sure you cannot spoil the wedding photographs other wise you'll be banned from the wedding by the stag's 'wife to be'.

However, have a bit of fun abusing his pride, your weapon of choice - EMBARRASSMENT! 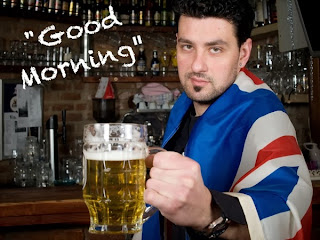 Rule Number 7 - The Stag Isn't Allowed To Choose His Own Drinks
Now this is a messy one especially when
everyone in Wetherspoons is washing down their breakfast with a pot of coffee or a good cup of builders, and the stag can only wash down his bangers, bacon and beans with a nice glass of cold beer, ouch!


Rule Number 8 - One Hand, One Drink
On the whole stag weekend or night anytime you have a drink in your hand it must be in the nominated  drinking hand. So for example; the drinking hand is the right hand, so if you're spotted drinking from your left hand you must take a forfeit.


Rule Number 9 - Put It Down Quentin Tarantino
This ain't no Hangover film, no one wants to see the stag filmed peeing in public, talking to strippers or asleep in a bath. So put your cameras away boys and let some parts of the weekend be a memory to the stag party and a mystery to everyone else.

Rule Number 10 - Don't Use Your Blower 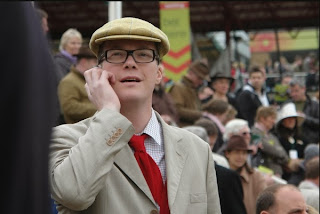 If you're seen taking, making or receiving telephone calls or texts the guys are going to to make you drink your own weight in beer, it will be forfeit heaven to them.

So the best rule is leave the phone calls to when you are back in the privacy of your boudoir, this may save you from vomiting on yourself.


What's Yours?
We would love to hear from you, stag do rules are created every time you go on a stag do, so if you have any funny rules or stag do etiquette not mentioned above, you would like to share with our readers, please let us know via our comments box below.

Good luck with your stag do.