In the UK a stag do is a tradition, a time when a man calls for all his best mates and friends to get together and celebrate his single life before he gets married.

In France they call it "enterrement de vie de garçon" which basically translates to "burial of the life as a boy or bachelor".

Back to the UK, usually the 'stag or groom to be', nominates one, two or even three best men who will then take on the task of organising the stag.

They will not only organise the it but also arrange what's going to happen on the stag, The Traditions.

People think that traditions are hundreds of years old, but in my mind a tradition is something which has passed on from stag to stag.

What are these traditions I hear you ask?

I'm just getting to that...


The Right To Humiliate The Stag

Humiliating the stag is a good one to start with, these humiliation rituals are done on different levels of the embarrassment spectrum.

The worst I saw was when a stag, who remains nameless (Dave Price*), was stripped down to his birthday suit, outside of his home town (Shrewsbury*) and made to walk to the nightclub to pick up his clothes, phone and wallet before entering the club.

Now my humiliation was alcohol, I was made to sink silly amounts of shots before 11am, I managed to keep my dignity and quickly drank loads of water in the toilet (not out of the toilet).

Now I am confused, doesn't humiliate the stag and 'stag do pranks' go together, aren't they linked?

From The Gaffer, (gaffer taping the stag to something solid like a tree or the obvious lamp post see picture above), to getting him arrested to waking him up with his leg in plaster, stag do pranks are as traditional in the UK as fish and chips, sliced bread and a nice cup of tea. 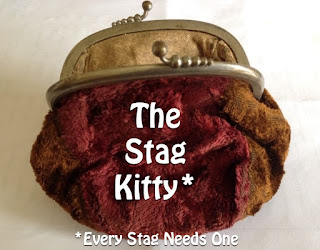 The stag kitty is something that makes a whole load of sense and that's why it's a stag do tradition. Isn't it a nightmare when you feel you have bought more drinks then anyone else or Dave keeps dipping out of buying rounds, and that's why the Stag Kitty was invented.

Think of the kitty as the UN, it keeps the peace - everyone sticks in the same amount of money and is topped up equally once it's low on funds. Usually, someone who is unlikely to get slaughtered or the most trusted member of the stag group (not necessarily the best man) is put in charge of it.

On one stag do I attended we used an old ladies purse to add a different dimension to the whole tradition and to make you look a little silly at the bar!

What Goes On Tour Stays On Tour

This is a tradition to save your blushes, nothing should be discussed about the stag weekend to anyone outside of the group. It goes without saying most of the time however if you have a few newbies on the stag do make sure this is drilled into them before the weekend starts. 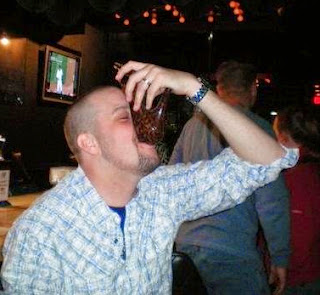 More traditional now then it's ever been, especially when the whole group dresses up. In days gone by it started with sticking the stag in a wedding dress, now everyone turns up in themed outfits like super heroes, old ladies or just to keeping it simple with stag t-shirt.

Again, like fancy dress Stag Do Games is a recent phenomenon. From drinking games to a simple list of Dare's. Don't forget that some of these guys don't know each other so chucking in a few stag do games at the start of the weekend is a great ice-breaker.

*Names and locations have been changed to protect the innocent, What Goes On Tour....

20 Fancy Dress Ideas For A Stag Do

Gathering stag do ideas shouldn’t just be about booking the stag do, it should also be about what you're going to wear. Here are 20 Fancy Dress Ideas for your Stag Do: Number 1 - Mankini Get the stag dressed in a Borat Mankini , and all the rest of the stag party as Kazakhstan Peasants , niiiece.  (Not to be worn on a stag do in Newquay, The police have banned the mankini) Number 2 - Old Ladies A stag do loves an Old Lady , so why not dress up as one. Grey wigs, knitted cardigans, flowery long dresses made of nylon and American tan tights you will look like a Mavis in no time. Smell like one by having a pee in your tights before going out. Number 3 - 118 Men (a bit old now) 118 men – I know, a bit obvious, but extremely easy to do and very popular. Number 4 - Butchers Butchers , a bit random all you need is white coats with blood / red stains, a tash and that all-important string of sausages hanging out your pocket. Best leave the meat
Read more