The Stag Do For The Non Drinker 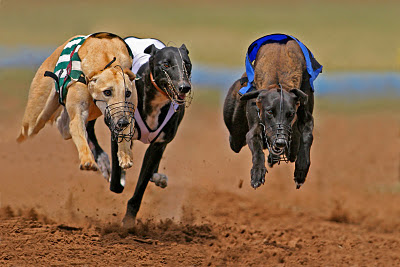 Everyone thinks of a stag do to be down the boozer, drinking games, getting leathered and hitting a nightclub.

But hey, not all stags want to get hammered by 4pm so they cant remember their name or where they live, some stags want a drink free zone in the day and something to do at night.

Well here is a few stag do ideas for the non drinking and drinking stag party.

Activities in the day which dont include booze come in thick and fast and these days you can get up to all sorts of things including Rage Buggy Racing, Hovercraft Racing, White Water Rafting, Paintball, Zap Cat Experience, Raft Building, there is just too many to name.

What happens at night when you have 10 men that want to drink and the stag and a few others that don't, well there are plenty of options which will keep both parties happy:

A comedy club night will cater for both the stag and his merry men, with three hours of stand up comedy and then dancing into the wee hours.

If Comedy isn't his bag what about a trip to a Greyhound Racing Stadium, where he can get really get involved with the super sleek thoroughbreds, which one will he back and win with and which ones will loose him money. These stadiums have great facilities, bars and a restaurant or two.

If he likes a flutter a casino night at a proper club or in your hotel is also a great way to keep both non drinkers and drinkers happy on a stag night.

If he likes a bit of tongue in cheek fun and a bit of adult cabaret then the medieval banquet in Nottingham is also a great night out for both drinkers and non drinkers. There is plenty of food, entertainment and enough mead to float the QE2!

Whatever you decide keeping both groups happy will result in more people wanting to attend and less chance of guys going AWOL whilst on the stag do.