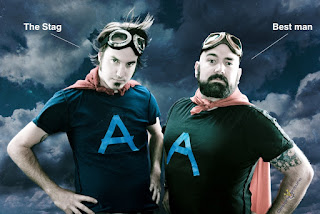 Your best mate is about to get married and he has put all his faith in you, wanting you to stand by him at the alter and theoretically, give him away.

However, before you get to the church, before you hear those wedding bells ring out there's that age old tradition of arranging the stag do and yes, that's down to you.

I have put together 5 top tips that should help you arrange, what's possibly, the most important weekend you have ever organised.

Before you can decide on anything you need a budget. You need to find out from the stag how much his mates are willing to spend. One of the biggest crimes, and we know this, is organising a stag do or weekend that none of his mates can afford, we have had many stag dos cancelled or need drastic changes due to the best man over pricing the stag do.

I am not saying we are expensive, on the contrary, I am stating that the best man with all good intentions,  wants to arrange the best stag do known to man.

However booking; 5 nights in a hotel with 7 daytime activities, 4 meals, 3 bar crawls, nightclub and lap dancing clubs every night can sometime blow the budget!

There's no point organising a lavish weekend when it's just you and the stag that goes!

Equally, don't book hostel accommodation when all his mates are used to staying in 5 star hotels, again you might find it will be just you and the stag staying in a 20 bed dorm!

So price your stag do right, communicate with your mates via a private Facebook page, WhatsApp, Twitter... whatever means you choose to communicate, you must communicate, as communication is 75% of organisation.

It's that age old cliche when on the stag do everyone is leathered by 4pm and the night was a right-off. That's not a memorable weekend for the stag, he isn't going to look back on and say what a weekend that was, he might but all for the wrong reasons.

So organise something for the day, even if it's just a game of footie or cricket on the beach, put a break between the pints, keep it fairly civil so the night can be thoroughly enjoyable.

There are loads of activity ideas on our website, go and have a gander and get up to speed on what's on offer. 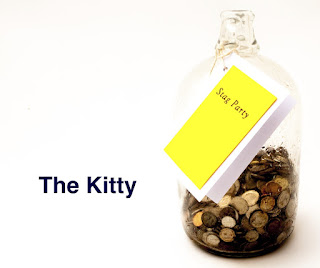 The stag night can be damaging enough and not only to your liver, but also to your wallet, so don't get into a pickle, organise a stag kitty.

Put an end to; "well I bought the last round" or "Dave always slopes off to bed when it's his round!"

So, put all this trouble behind you, get everyone to stick in £30 at the start of the night and then have a designated drink buyer or take it in turns to take the stag kitty to the bar - it makes sense.

Most stag groups are 10+ blokes, so seeing a burley group of lads half-cut rock up to a venue can be fairly daunting for the door security or a bar owner.

Also, if you have booked yourselves in but haven't paid anything have a Plan B, as there is still no guarantee of getting in and door security can sometimes be very unreasonable. 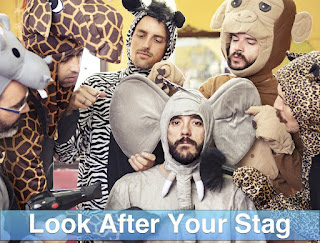 You are now on the home straight, everything's sorted you're on the stag do with a few beers onboard,  the banter is flying around like an Australian wild fire and some of the guys have mentioned the prank word or let's shave the stag or whatever they have in mind.

Now you agreed to be best-man, his wingman, and you need to step up to the mark and make sure nothing bad happens to the stag, especially if it jeopardises the wedding photos resulting in the bride giving you the cold shoulder for the rest of your life - so look after him, he is your best mate after all.

Are you in a quandary about whether the stag should pay for his stag do, we have a post all about this topic and a survey.

We also have put together a post on the ultimate 101 guide to arranging a stag do.