March 11, 2019
On a stag do you're going to get lots of highs and lows, from the lows; of the last morning when you feeling more sick than a hypochondriac standing in the middle of Paddington train station at rush-hour, to the highs; of downing 5 flaming Sambucas.

But what about searching out for that natural high, the high that won't give you a comedown or hangover.

According to this GQ article, swimming in wetsuits in cold water will give you a buzz which will last the complete day, I also think coupled with an adrenaline fuelled activity you're onto a winner.

So which stag do activities can you include wetsuits and cold water?

Well I am glad you asked as I have some awesome stag do ideas which will give you that buzz to last the whole stag weekend...

Any fast moving water will be cold especially in the hills of North Wales or the Scottish highlands.

So my first recommendation would be white water rafting at our sites in either North Wales (if you're looking for a more rural weekend) or The Scottish Highlands and party in Edinburgh.

Not only will you get wetsuits, buoyancy aids and a paddle you'll also get the chance to swim in the freezing cold rivers whether you choose to or your boat gets capsized, well let's face it, you are on a stag do so it's highly likely you'll be in an upturned raft at once stage or other!

Embrace the cold water and swim of at least a couple of minutes giving you that natural high.

Gushing rivers form a spectacular gorge you and your stag party can explore. Walking behind waterfalls, jumping into deep pools and abseiling/ zip wiring across ravines are all activities you could be enjoying.

Whether it's the summer, winter, autumn or spring Canyoning is an incredible stag do activity and will give the boys a buzz all the way through the weekend.

You'll be provided with: A wetsuit, buoyancy aid and helmet.

You'll need to bring with you: Trainers you don't mind getting getting wet, swimwear to wear under your wetsuit and a towel.

Similar to Canyoning but this time you're on the coast exploring the rugged Cornish or Dorset coastline, where you'll find caves to explore and swim into and high ledges where you can jump off into deep pools, obviously when the tides in!

As with all these activities specialised clothing and safety equipment is included just bring trainers you don't mind getting wet, swimwear to wear under your wetsuit, a towel and balls of steel.


Whatever you do on your stag do, have a good one! 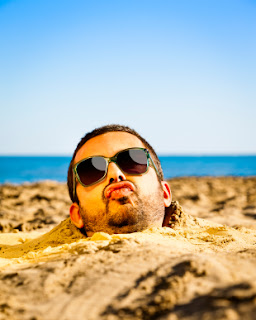 Stag Do Ideas For The UK

In my mind if you're looking for adventure and plenty of stag do ideas then the UK cannot be beaten.

Whether you're looking for full on adrenalin adventure or chilled-out activities and weekends, the UK has just got so much choice!

So let's get stuck-in and see what the UK has to offer the humble stag party.

ADVENTUROUS STAG DO IDEASCoasteering Without a shadow of a doubt you need balls to do this stag do activity, giant massive Cahoonas! You're exploring the coastline along cliffs, rock pools and caves.

Traversing rocks faces and jumping into deep pools, get's you from A to B. You can skip some of the bigger jumps, but would you really want to?
White Water Rafting Imagine the banter flying around from your stag group in several rafts, shooting down white frothing rivers whilst you all try to keep afloat. You'll be kitted out in wetsuits and buoyancy aids because let's make no bones about this, you're all going in!
Zip Wire Did you know that North Wales i…
Read more